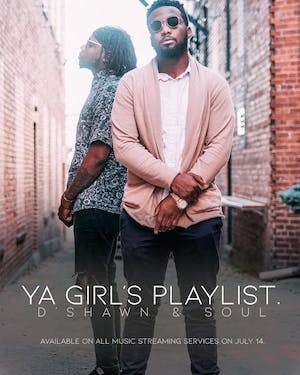 Just a couple humble guys trying to but the city of NC on the map! Bringing REAL MUSIC made especially with you in mind. Thank you for all your support!

Carrboro, NC band Wake Moody plays a strange game: their music - built on old-school R&B, rock, and modern pop - stays focused on good vibes, while their lyrics often deal with something more conflicted. “Most of the songs,” explains singer-songwriter Gabriel Reynolds, “are ‘almost-love songs’ ” – songs where, if one detail was different, everyone would be happy. “So 90% of the situation is great,” he says, “but that last 10%, the deal-breaker, the problem, means you need to let go. But you won’t because the good parts are too good.” Songs like “Shivers” and “Won’t Let Go” mine this territory, though he admits it isn’t always apparent on first blush. “Everyone tells me the songs are feel-good. If it makes you feel something, somehow, that’s all I need - I said what I needed to either way!”

Janelle Sy'mone has a voice wrapped up in funk,soul, R&B and blues. Her capatvating stage presence, along with the power of her voice will keep you rocking