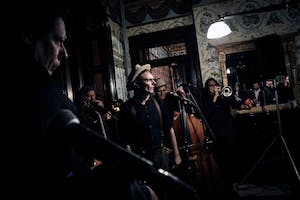 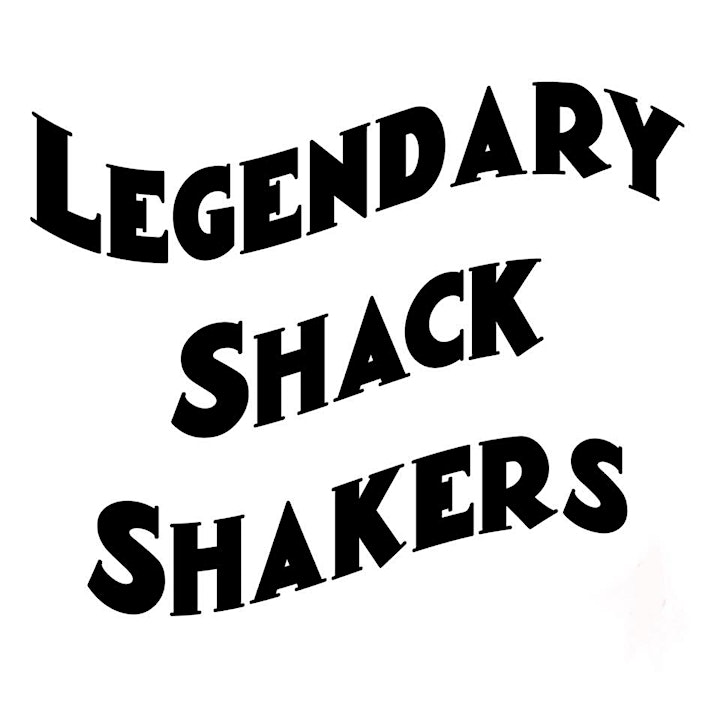 The Legendary Shack Shakers’ hell-for-leather roadshow has earned quite a name for itself with its unique brand of Southern Gothic and swampy "hillbilly blues" that is all-at-once irreverent, lyrical, dangerous, and fun. Led by their charismatic, rail-thin frontman and blues-harpist JD Wilkes, the Shack Shakers are a four-man wrecking crew from the South whose explosive interpretations of swamp blues, rock n' roll and hillbilly music have made fans, critics and legions of potential converts into true believers.

Between intermittent hiatuses to work on other projects (including JD's sideshow banner-style artwork for acts like The Squirrel Nut Zippers and Marty Stuart...plus his two published books The Vine That Ate the South and Barn Dances & Jamborees Across Kentucky), the band is constantly re-mobilizing, much to the excitement of many a Shack Shakers fanatic. Despite Wilkes' extracurricular projects, the band's reputation for intense entertainment has stuck with them.

Although not necessarily "legendary" upon being named, the band has grown into its reputation the last several years due to their heavy tour schedule, seven critically acclaimed studio albums, and songs that have been featured on television shows such as HBO’s True Blood and Swamp Loggers. Past tour mates and fans include Reverend Horton Heat, Rancid, The Black Keys, Slim Cessna’s Auto Club, and Hank Williams III. Robert Plant is also a noted Legendary Shack Shakers fan, and picked the band to open for him on his 2005 tour of Europe. Plant named the band's third album Believe as one of his favorite records of 2005. The list of esteemed admirers goes on to include horror novelist Stephen King, who listed “CB Song” as among his iPod’s Top Five in a 2008 Entertainment Weekly article. Such a wealth of devoted, cult like fans over the years has only added to the mystique that the Legendary Shack Shakers possess, carrying them down the road toward new creative pursuits and riotous tunes. 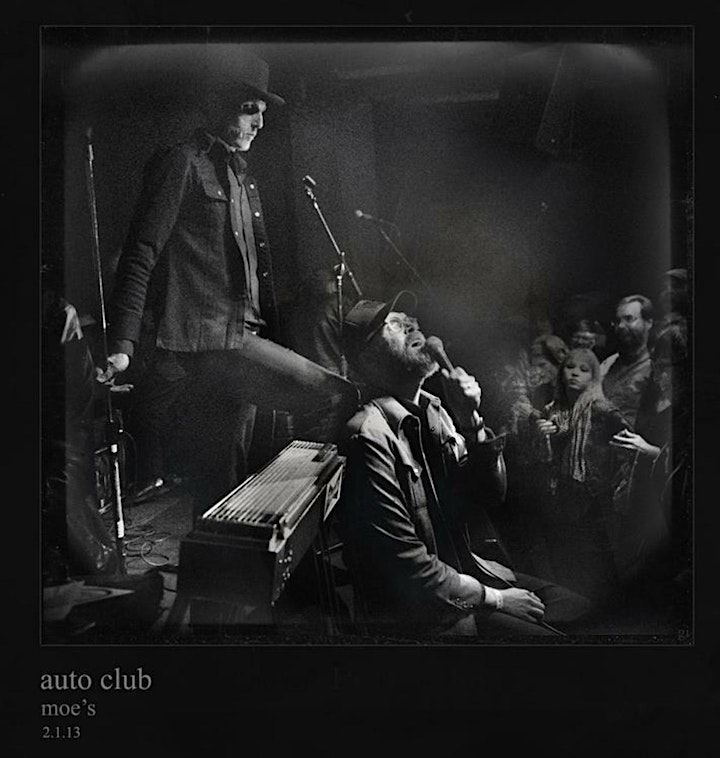 Wallace Stenger may have captured the spirit of the west in his 1971 novel Angle of Repose. Jim Thompson surely exposed the lurid underbelly of the Western experience. Cormac McCarthy definitely evoked the conflicted, tortured spirit of small town life on the frontier. William Faulkner and Flannery O'Connor informed all of them with a humor and soulfulness. It is that literary tradition that imbues the harrowing and celebratory sound and riveting stories of Slim Cessna's Auto Club. Throughout its long and illustrious history, it is largely in that realm of art that the Auto Club reveled and garnered a loyal cult following well beyond the boundaries of The Queen City of the Plains.

Slim Cessna's Auto Club was originally formed in 1992 in Denver, Colorado by its namesake after he parted ways with The Denver Gentlemen, that grand progenitor of the peculiar strain of Gothic Americana unique to the Mile High City that also featured Jeffrey-Paul and David Eugene Edwards who’d go on to form 16 Horsepower, the latter then founding Wovenhand. Slim’s longest running collaborators in the Auto Club have been Munly Munly and Lord Dwight Pentacost who’ve contributed both material and affected the ensemble’s stylistic vision. More recently there’ve been greater creative contributions from longtime collaborator Rebecca Vera, drummer Andrew Warner and now the inclusion of Slim’s son George Cessna on bass.

Slim Cessna's Auto Club also re-released their fourth album Cipher on June 2, 2018. This re-issue will be a double vinyl LP in a gatefold sleeve. Originally released in 2008, Cipher is the most cohesive SCAC album but also the most mysterious. Cipher is a deliberate puzzle loaded with coded language. The idea that braces are used to straighten crooked humanity provides a structure, but this code rewards effort to unpack the many messages it contains; many more relevant now than ever. Compared to its predecessors, this set of songs sounds more hopeful and expansive, a quality that was always there but this time out the brighter sides of the songwriting were emphasized.

When you get to see the Auto Club live, you'll see an already mighty band reinvigorated by a new spirit of excitement as well as by the fire that has long burned in its collective belly.