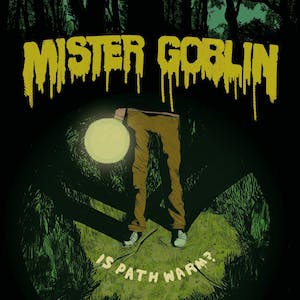 Hammer No More The Fingers 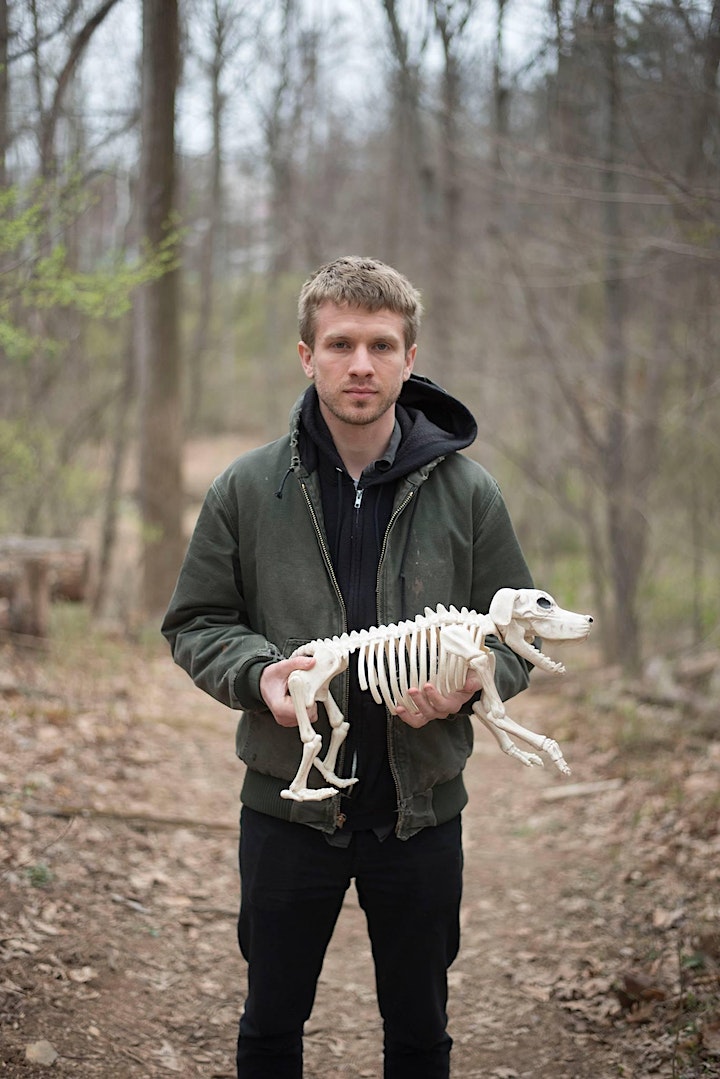 Is Path Warm?, the debut full-length from Mister Goblin

Woodring), takes its name from a mnemonic device used by healthcare

workers to assess someone at risk of harming themselves. Pulled from

Woodring’s career in the mental health field, it’s a fitting title for

a deeply empathetic album that ponders the absurdities of life, the

sheer enormity of trying to effectively help those in need, and above

all, the importance of trying.

After Woodring’s longtime band announced an indefinite hiatus, it

songwriter/multi-instrumentalist to dive into a new project on his

own. “I’d done a few solo shows during Two Inch Astronaut, and I’d

it be complete and portable,” Woodring says. “But I’d spent so long in

traits, and now with Is Path Warm?, Woodring has truly defined Mister

natural,” he explains. “For this album, I didn’t have a picture in my

mind of what I wanted it to be, I just wanted to write songs and

whatever happens, happens.” The result is an album that captures all

and not easily classifiable, all without sacrificing cohesion.

Recorded with the legendary J. Robbins at the Magpie Cage Recording

hooks, and even a touch of Dischord intensity to create Mister

Goblin’s inviting musical tonic. “The songs are poppier and more

streamlined that I would have imagined,” Woodring says. “I wanted them

to be lyrically focused and more than a collection of riffs.”

Woodring’s lyrics on Is Path Warm? are driven by agile vocals and a

knack for melody, and demand the listener’s attention. Though a “solo

project,” his lyrical themes come from an uncommonly external place

with Woodring’s work in mental health inspiring much of the album.

“The record isn’t really about me,” he says. “It’s more about the

system and how we understand others’ struggles, and how we intervene.”

Is Path Warm? wrestles with big ideas in an intimate way, often

finding a balance between vulnerability, humor, and understanding all

within the same song. “In my job everything seems to have an

abbreviation or a device to simplify the ways we assess people, and

they’re all kind of ridiculous at face value,” Woodring explains.

“It’s kind of grim, but also heartwarming that people go to these

great lengths to try and group symptoms in an effort to help.”

That open heartedness is on full display in “Health Class Teacher,”

to contract her students to never hurt themselves—an arguably futile,

but well intentioned gesture that Woodring connects with his current

on Is Path Warm?, including “Calendar Dogs”—an unabashed rock song

featuring one of the album’s most irresistible choruses. Elsewhere,

and kineticism, while “Between You and Me” examines the distances

between people and elusiveness of mutual understanding over top of

plaintive chords and chiming piano. Woodring often jumps between the

deeply personal (“Fix Your Face”) and abstract (“Any Other Gun”), each

identity, and connected by his voice and sense of down-to-earth

depersonalization that thrives in modern communication. “On social

into consoling someone, it seems a little weird even when it’s in

earnest, but maybe it can still be helpful—even if it seems like a

strange thing.” Throughout Is Path Warm?, Mister Goblin captures these

channels them into music that’s just as multi-faceted, intricate, and

human. It’s an album that acknowledges that while the complexities of

existence, pain, or love can’t be compressed down to an acronym, a

simple promise, or even a record, there’s value in caring enough to 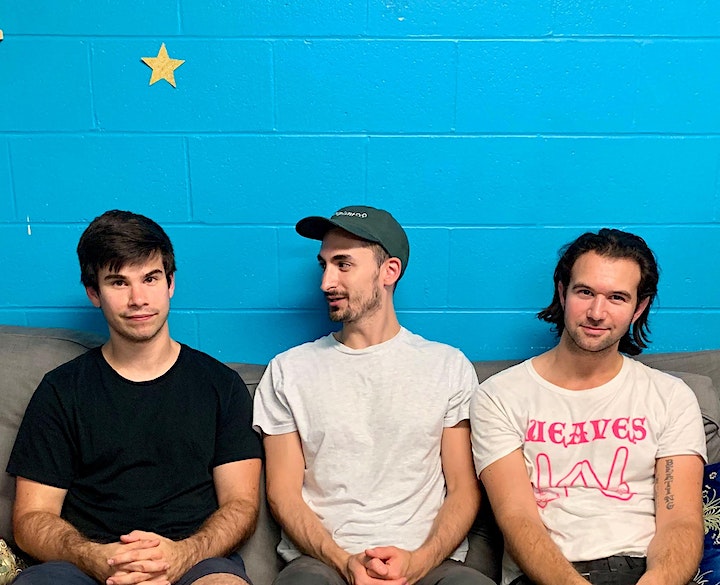 Weiss and Morgan Luzzi. Having formed in the summer of 2018, the band

have performed together in the past (Spook The Herd, Flat Swamp), but

Pet Fox is their latest endeavor. The trio creates their songs

collaboratively in the writing process, combining their own influences

and methods to produce a unique, yet familiar sound. The band is set

to release their third full length album in 2020, and it is “the most

honest and pure work we have created.” 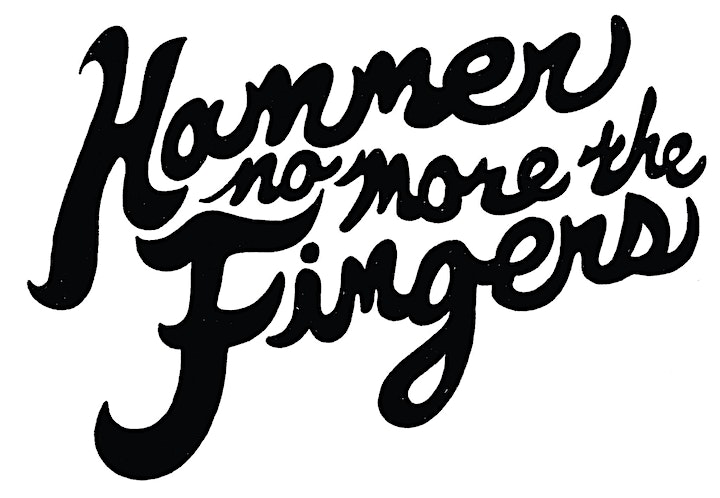 Hammer No More The Fingers

Pink is the worm of the night that moves up through the drain, into your brain. Catchy and fun at the base level, Hammer No More the Finger’s music grows more interesting and intricate after each listen.

There is no neatly packaged description for Hammer’s sound. You could shoehorn them into a 90s indie rock revival thing, but it’s a little like putting a squid in a sweater. Perhaps the fact that Joe Hall, Jeff Stickley and Duncan Webster have been playing music together since 1994 conjures nostalgic feelings of a sound developed and perfected over the past two decades. Hammer is a continually developing exploration of the music these guys were born to create.

Recorded in the Durham home of Jay Murphy, the 2007 self-titled EP catapulted Hammer into the Triangle music scene. After touring the release, the band received national recognition, most notably as a Stereogum Band to Watch. The band took their next batch of material to producer J Robbins to create their first LP, Looking for Bruce. Working with one of their heroes proved to be a defining moment for the band. J Robbins has fronted and produced many albums that were huge influences during their formative years. Hammer returned to work with him in 2010 to record Black Shark, their most recent full-length release. The second LP explored the use of strings and keys, adding a new dimension to Hammer’s ever-evolving sound. Touring both releases extensively in the US and UK, Hammer has found a growing population of die-hard fans.

Recently, the guys have explored side projects and solo work, revealing a new sense of purpose. The projects have inspired each member to bring more eclectic ideas to the table, creating an endless well of material. Hammer recently recorded a 5-song EP with BJ Burton (Megafaun, Love Language). They took a more stripped down approach to this recording, revisiting their enthusiastic beginnings of jumping around on couches during marathon practices. The new EP is entitled 'Pink Worm.' It's being released in Spring 2012 on Gigantic Music US and Alcopop Records UK. As always, the band’s favorite album is the one they’re working on.

“The hooks and harmonies of Hammer No More the Fingers are one thing, but the way the trio writhes around crazy chords and builds from inventive bridges to addictive choruses puts them alongside Oxford Collapse or No Age – that is, in the upper echelon of young, essential indie rock.”