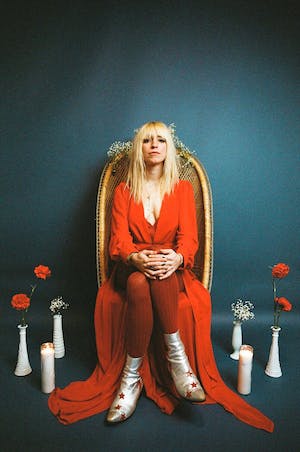 The Minks are Nashville’s “psychedelic-bloos” band, heavy on the rock and roll. We’re talking low-down, all the way, purse-lipped, eyes-shut, head-whirling kind of rock and roll. The band’s palpable sound has roots in every music fan’s top ten—from Lou to Patti to Creedence to Hank. Mixed with raw, jangly instrumentation and soulful saccharine vocals, it’s as much a throwback as it is an answer to the often overlooked underbelly of Nashville’s rock and roll scene.

Frontwoman Nikki Barber began writing and recording songs in a makeshift, basement studio at a young age. She decided to move to Nashville where Barber created the rock and roll, four piece band, The Minks. With the same innovative “garage rock” spirit she started out with, Barber, alongside coproducer Joe Bissiri, began recording her debut album, Light & Sweet, at her home in Nashville

Light & Sweet is about finding the silver lining amongst the madness- a timely call to arms about staying positive in a world that can often times feel bleak. “I wrote these songs as I was living on my own for the first time and calling out the bullshit within my life. These songs were outlets for me to heal, which I hope they will do for other people as well,” says Barber. 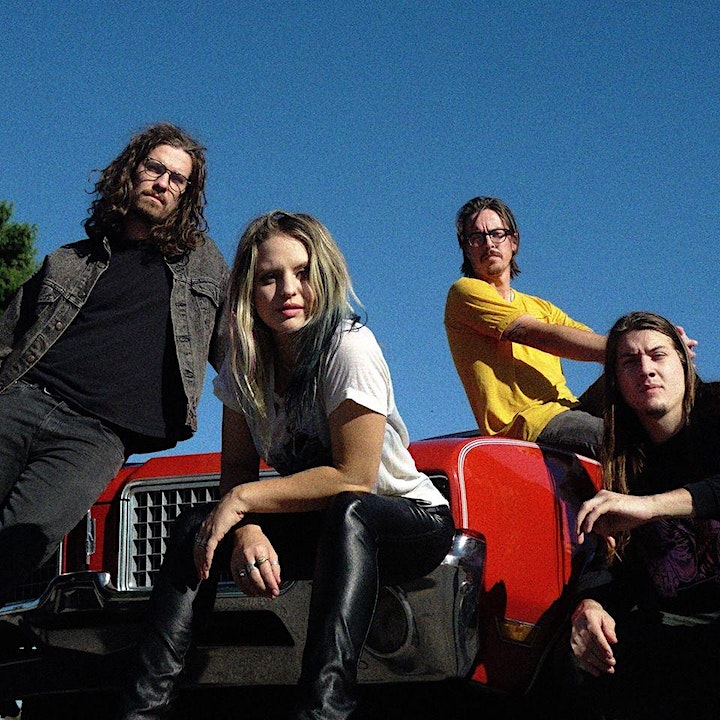 Dirty Money is the newest single from buzzy Nashville alternative-band Reality Something. A fun, sexy rock song that blurs genre lines and highlights the band’s penchant for duality within a song— in this case with Dirty Money being somehow both tongue-in-cheek, and no bullshit at once.

Dirty Money is the first new song since ‘Life Noise,’ the band’s gritty, confessional, and poetry infused debut LP which was released in 2018 on taste-making Nashville label Infinity Cat Records— cementing Reality Something as one of Nashville’s most important new bands, a force of sweet/sour honest lyrics and blistering guitars in a tight package.

But Nov. 8th Dirty Money is brought to you by legendary punk label No Sleep Records out of Southern California. An exciting and timely representation of the band expanding beyond Nashville and into the rest of the country. Catch them “on tour forever,” this December on a nationwide run supporting LA’s Heyrocco, a similar minded melodic alternative rock band with a cult following.

The songs in the past have been written primarily by Elena Franklin (lead vocals, rhythm guitar), but Dirty Money is the first of the new music to-be-released to have been written (not to mention recorded, produced, and mixed) by Kingsley Brock (lead guitar, also formerly of infamous Nashville garage band Turbo Fruits). Reality Something has always had Ethan Place on drums (referred to lovingly by Elena as her and Kingsley’s “weird third twin”), and is now completed by new bassist Davis Haley.